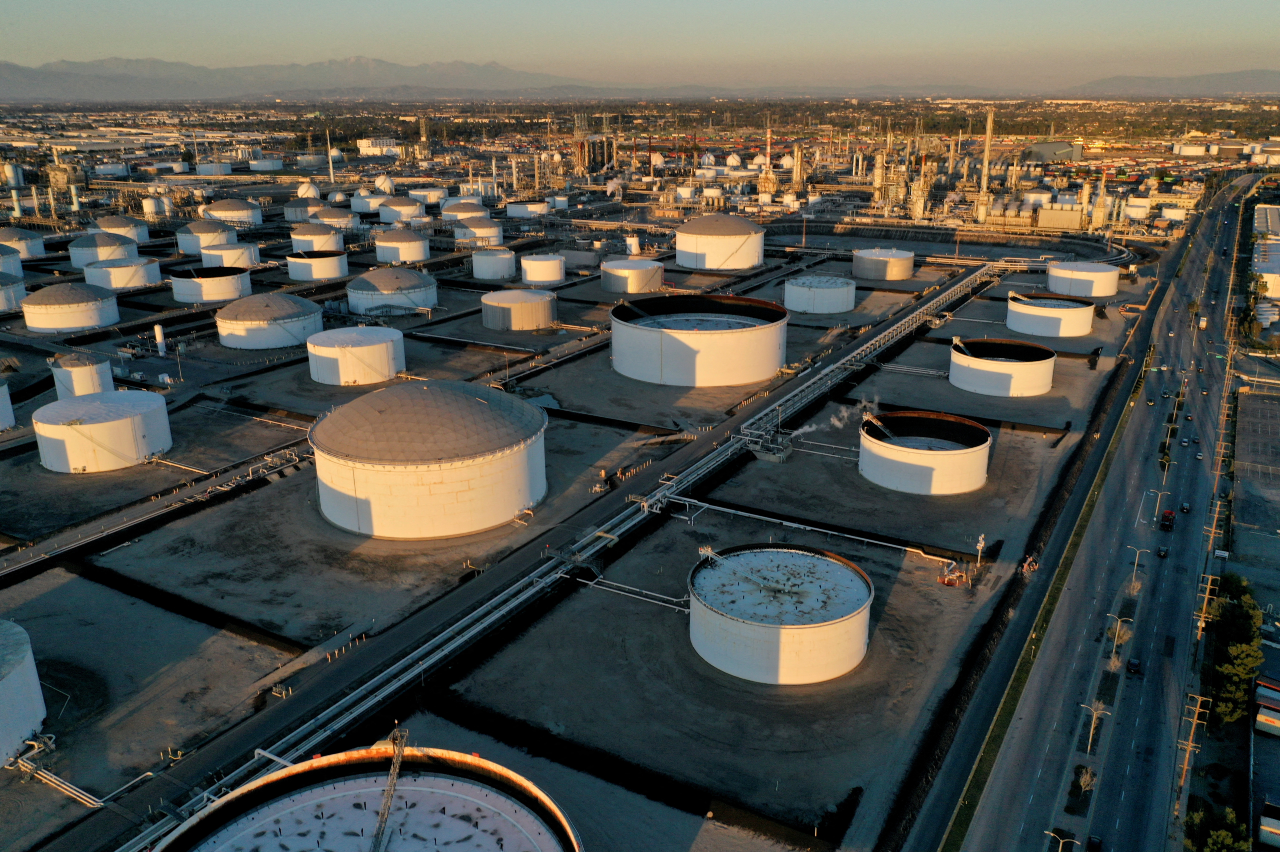 Oil prices rose about 4% on Friday as US gasoline prices jumped to a record high and China looked ready to ease pandemic restrictions.

That was the highest close for WTI since March 25 and its third straight weekly rise. Brent fell for the first time in three weeks.

US gasoline futures have soared to an all-time high after stockpiles fell last week for a sixth straight week. That increased the gasoline crack spread – a measure of refining profit margins – to its highest since it hit a record in April 2020 when WTI finished in negative territory.

“There has not been an increase in (US) gasoline storage since March,” said Robert Yawger, executive director of energy futures at Mizuho, ​​noting gasoline demand is poised to spike when summer driving season starts on the Memorial Day holiday weekend.

AAA said the average price of a gallon of self-serve regular gasoline in San Diego County rose Friday for the 10th time in 11 days, increasing 1.4 cents to $5.87, one day after rising a half-cent.

Locally, the average price has risen 8.6 cents over the past 11 days, according to figures from AAA and the Oil Price Information Service.

Across the country, prices at the pump rose to record highs on Friday of $4.43 per gallon for gasoline and $5.56 for diesel. California’s prices, though, always outpace the rest of the nation, due to taxes and other factors.

Oil prices have been volatile, supported by worries a possible EU ban on Russian oil could tighten supplies but pressured by fears that a resurgent COVID-19 pandemic could cut global demand.

In China, authorities pledged to support the economy and city officials said Shanghai would start to ease coronavirus traffic restrictions and open shops this month.

Global shares rose after a volatile week of trading, pushing up stock indexes in the US and Europe.

Pressuring oil prices during the week, inflation and rate rises drove the US dollar to a near 20-year high against a basket of currencies, making oil more expensive when purchased in other currencies.

Another factor influencing oil prices are international relations with Iran.

The EU said there was enough progress to relaunch nuclear negotiations, but the US responded by saying it appreciated the EU’s efforts but said there was no agreement nor any certainty that one might be reached.

Analysts said an agreement with Iran could add another 1 million barrels per day (bpd) of oil supply to the market.

(Additional reporting by Noah Browning in London, Sonali Paul in Melbourne and Isabel Kua in Singapore; editing by Marguerita Choy and David Gregorio)